Protests and Computer Woes... and A Great Used Car For Sale

Beautiful end-unit bungalow (one floor) town home (part of 4 homes) situate at the far quiet end of Residencias Los Jardines, steps from the main pool. It includes one designated parking spot and one storage unit. The home is 120 square meters (approximately 1,300 square feet) with two bedrooms (master has king size bed and guest has queen size bed), two full bathrooms (one being an ensuite), a large open concept kitchen, living room, dining room, granite breakfast bar with stools and features vaulted ceilings and lots of windows. The home has a large covered terrace overlooking the gardens. Custom made wood blinds cover all windows throughout. Ceiling fans in bedrooms, living room and terrace.

WEATHER: We have had VERY little rain in the past month.  While I have not seen any stats on this, it seems to me to be the driest rainy season I have experienced in 15 years. We are watering every day... we still have clouds but they are not very threatening... and it has been hot, hot here... I'm sure it is unbearable at the beach or lower areas...

Computer Woes: Google notified me that someone had tried to hack my e-mail. After that, my computer started to not work right. I played with it for a day and finally admitted I needed my tech support person to fix it. His efforts led to a wipe out and re-installation of the current operating system. Whenever this happens, despite all assurances, changes are made and it takes me a month or so to get it back to how it operated before. I don't enjoy this... but it is part of computer life...

This is the Former El Dodrado land: The link below is currently being developed on land which was to be Hacienda El Dorado. As you can see, the new owner is building out the project now titled San Nicolas de Bari... the patron saint of the poor. The market we had defined died wiith the financial chaos of September 2008. The target market for San Nicolas de Bari is the first time buyer, one / two bedroom units, $125K - $150K. The density is higher than we had planed but that is now what is required for the market. 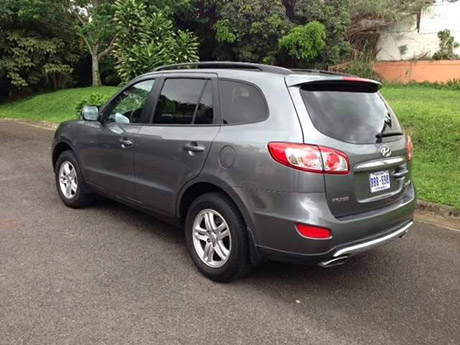 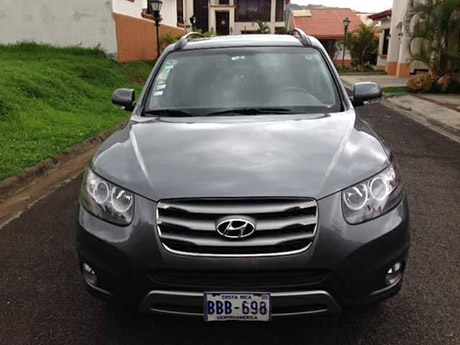 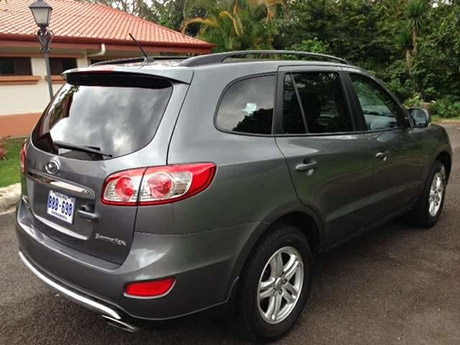 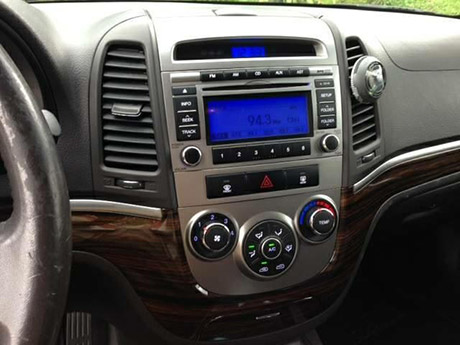 No Good Deed.... Update: met with the forester and lawyer on site--about time. The story has changed a little... it seems that the Municipalidad de Santa Ana filed a complaint to MINEAT that we had dumped the dirt.  Why?  Because it was our land?  In fact, it clearly not our land.  We had our property surveyed, then built a fence around the perimeter. A corner post and chain link fence clearly demarcates our land from the dumped area.  The lawyer said that the Muni's map must be wrong... Now he will approach it from that perspective. Wow!!!!!!!!!  We deal in a world of ignorance and incompetence... where stories change with the wind....

Colon vs dollar: the colon continues is slow accent over the dollar... up from 529 to 527 at last look.

1 and 2: Goverment Protests: Just about every organization is upset with the government for some reason or other and it makes no difference if they agree on what the issues are, many have their own grievances and simply take advantage of a protest to add to the event.

4. Tamarindo and lack of water: getting building permits anywhere in the country is now very difficult due to water shortages. Tamarindo is an established tourist destination and it is short of water... however, those with influence seem to continue.

1. Government under fire from many sides over finances
By the A.M. Costa Rica staff

The Solís administration is being characterized as a ship adrift. Politicians and news outlets are zeroing in on the administration, perhaps motivated by distaste for the proposed new taxes.

Repretel, the news channel, reported Wednesday on salaries of up to 13 million colons a month that are being paid to top state bank officials. That's about $24,500 a month. Members of the boards of directors of some state institutions get up to 220,000 colons a meeting, some $417, and there are a handful of meetings every months.

Bank spokespersons reply that the money is not public funds but generated by the bank operations.

Politicians from two political parties, including Ottón Solís of the president's own Partido Acción Ciudadana, have joined in the criticism. The politicians say that salaries of this magnitude are disproportionate to Costa Rica's standard of living. Bank officials also get health annual bonuses, and both bank officers and members of boards of directors receive the aguinaldo at Christmas representing a month's pay.

Rolando González Ulloa, a Partido Liberación Nacional lawmaker, raised the issue on the floor of the legislature when he cited what he said were a sea of contradictions  in the way the government is navigating the country. Continuing the marine analogy, he said the government lacked direction and a course.

The online financial publication Central American Data tore into the government  Wednesday with an editorial that said the agency involved in a failed oil refinery project with China continues to spend significant funds.

"The board of the company can not even agree on the 2015 budget, yet they are still paying international salaries, traveling backwards and forwards across the world, and paying the cost of materials and contracts to third parties," the publication said of Soresco, the joint venture between local Costa Rican Petroleum Refinery and the Chinese national petroleum company.

Ottón Solís has been the leader in a mostly unsuccessful effort to have the central government make substantial budget cuts.

2. Unions fill the city's streets with their protests
By the A.M. Costa Rica staff

Anyone who missed the march need not worry. Union leaders said they would be back in October.

The protest is designed to defend the employees of public salaries, which are being scrutinized by lawmakers. The marchers are also upset by a tiny 0.08 percent pay raise approved by the central government.

And then there are issues of legislation, including a failed measure that would give public employees the right to strike.

In a separate protest Thursday, porteadores, sometimes called pirate taxi drivers, continued their display of unhappiness over the government reduction in the number of permits that would make them legal.

A stern warning from the government is being credited for the unlicensed taxi drivers leaving their vehicles elsewhere. Instead, they stood on the streets dressed in white shirts, along with family members. Traffic police promised to impound any vehicle that blocked traffic. Blockades are the usual method of protest by this group.

The protest march was by the Bloque Unitario Sindical y Social Costarricense, an organization that contains some 50 unions, including the teachers in the Asociación de Profesores de Segunda Enseñanza and health workers in the Unión de Trabajadores de la Caja Costarricense del Seguro Social.

Public health services  all over the country were heavily affected by the absence of workers Thursday.

Costa Rican flower company Flores de Exportación (Florexpo) announced in a public statement that it will move its operations to Guatemala in March 2016. The company will be dismissing all of its 400 employees in the coming months.

“It’s not just a cost issue,” Altmann said, adding praise for Costa Rica’s workforce. “It is a matter of excessive red tape and frequent delays by government agencies responsible for issuing permits.”

He said permits are quicker to get and valid for longer time periods in Guatemala.

The Cartago-based company will deliver its last shipment of unrooted cuttings from Costa Rica on April 1, 2016, which Altmann hopes will give employees enough time to find new jobs.

4. Tamarindo will get trucked water to supplement local sources
By the A.M. Costa Rica staff

The water supply in Playa Tamarindo in Guanacaste is not sufficient, and the state water company will be sending two tankers there a day as a short-term solution.

In the meantime, experts from the company, the Instituto de Acueductos y Alcantarillados, will be testing existing water wells that are not being used to see if they can be brought into  service.

The supplies of imported water result from an agreement between the institute, politicians in the Canton of Santa Cruz and the Cámara de Comercio y Turismo de Tamarindo.

Tamarindo is a major tourism destination, and the water emergency could have an impact on the business. All of Guanacaste and some parts of the central Pacific coast are experiencing a prolonged drought.

Hernán Imhoff, president of the chamber, called the water shortage a serious threat to the economy and production.

The water trucks will arrive between 6 a.m. and 6 p.m., according to the agreement. The water will go into the local distribution system.