One of Those Weeks!!! 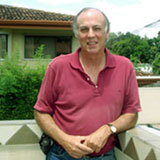 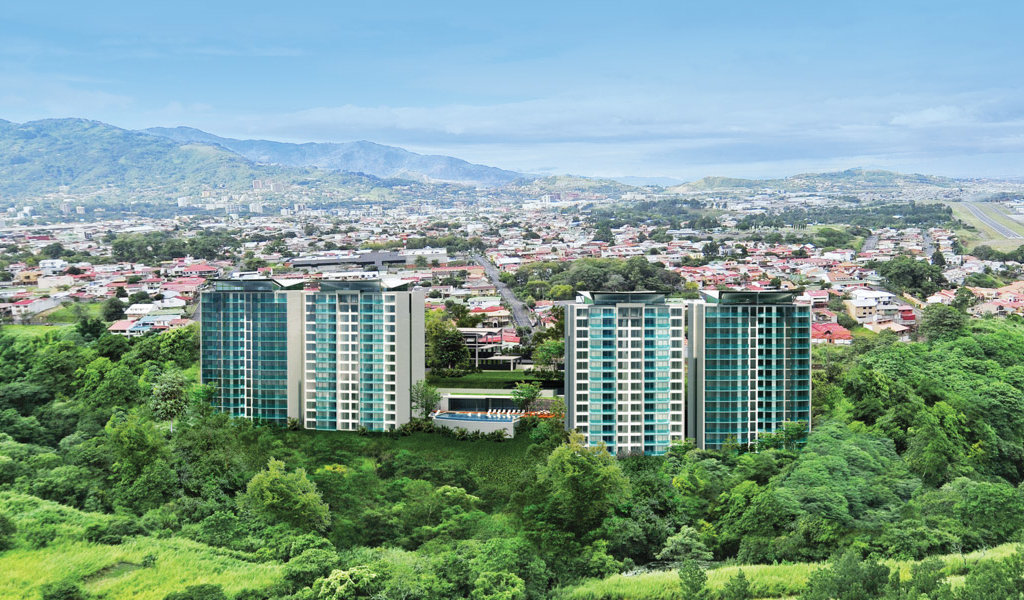 Each of the units consists of two bedrooms / two bathrooms, and a large living/dining/kitchen area. The floor plan of each of these units has eliminated the optional "den / office" divider. The result is a larger area offering more flexible furniture arrangements while still maintaining the option of including an office area. At 105 m2 plus two parking spots each and storage locker, they offer a great opportunity for someone seeking views, security, central location, and first class, all round living... 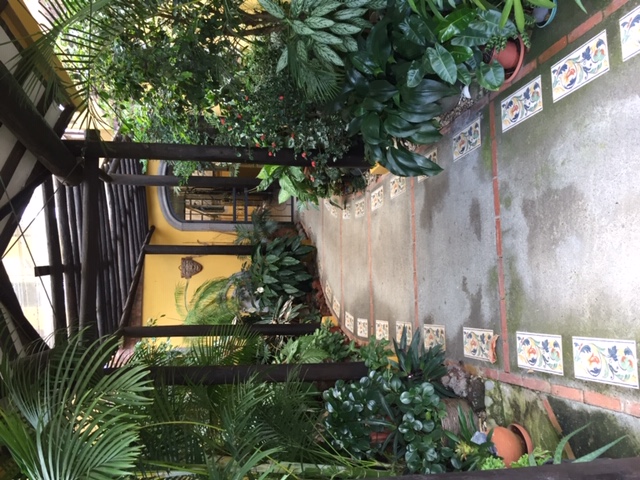 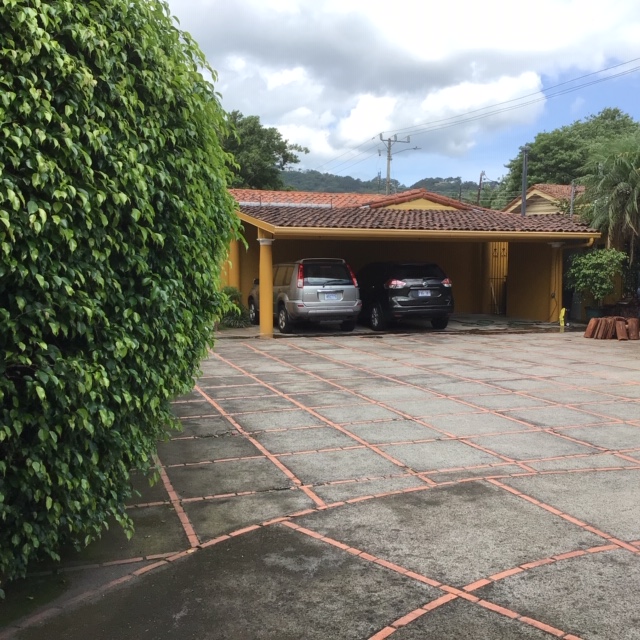 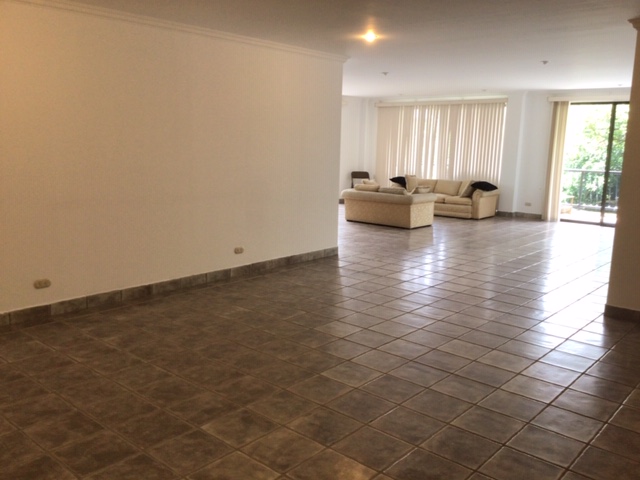 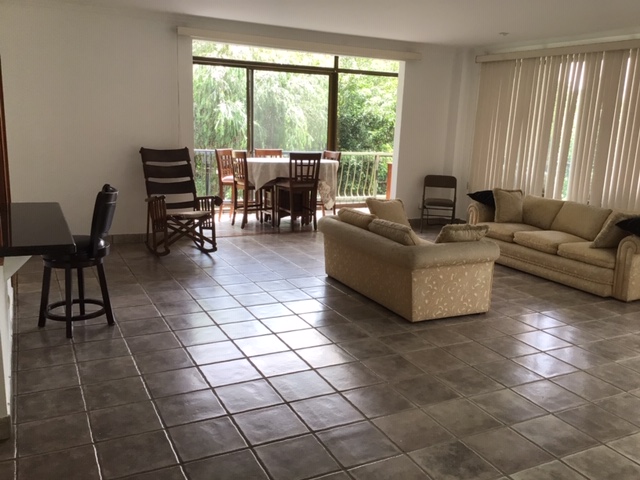 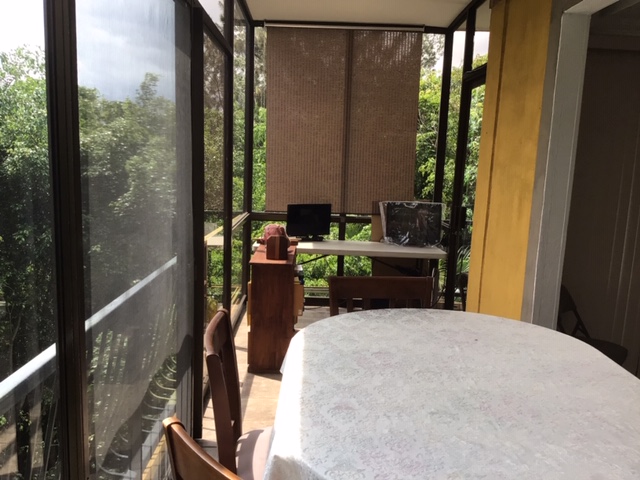 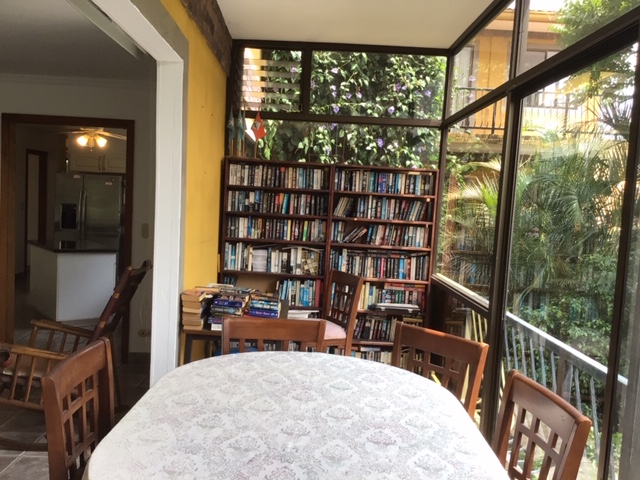 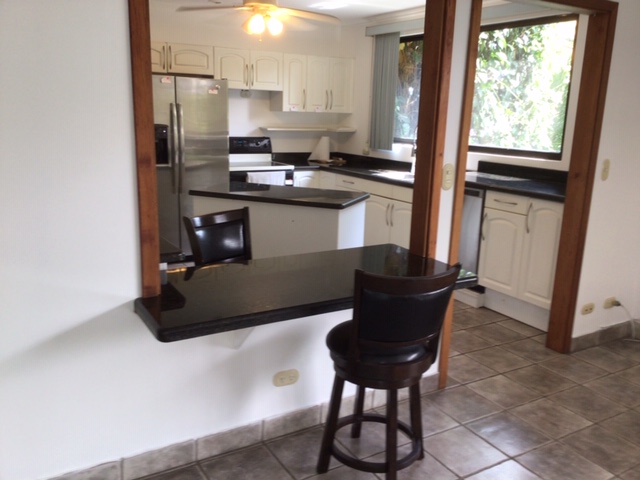 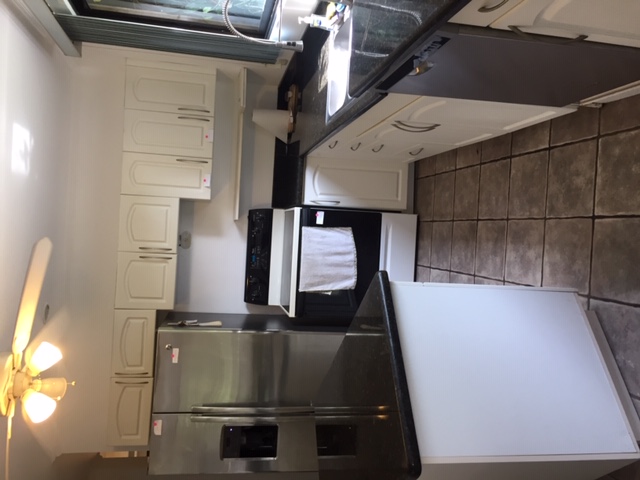 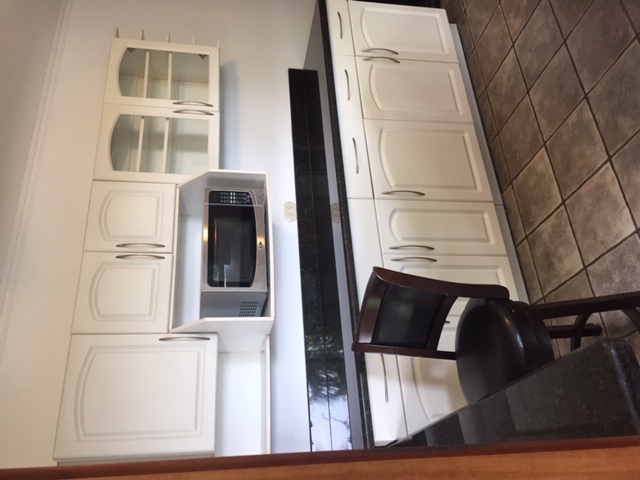 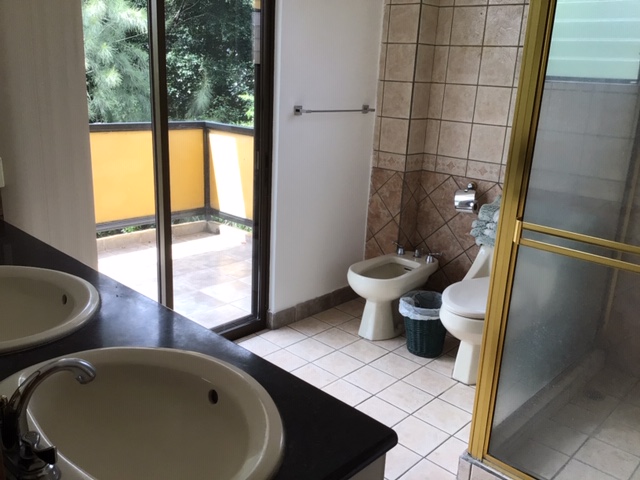 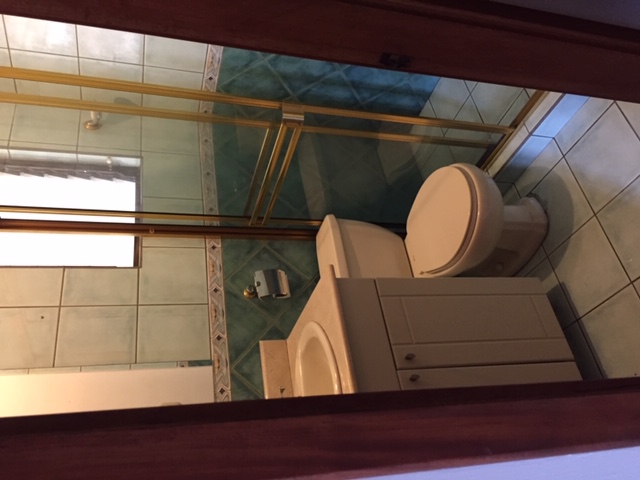 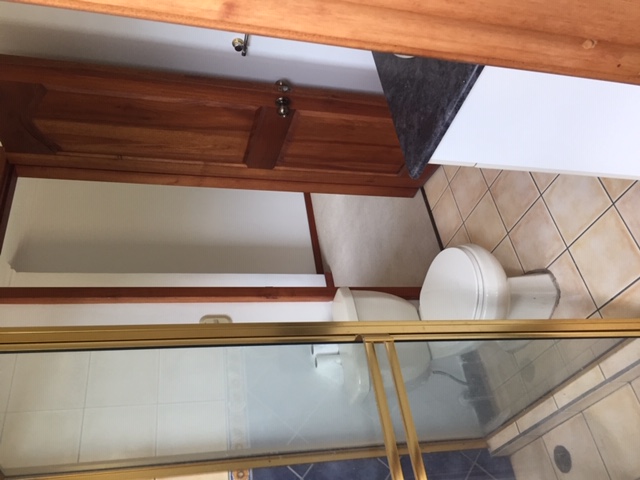 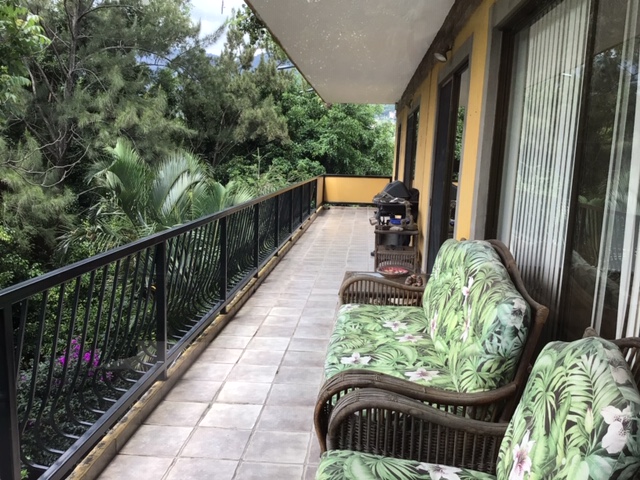 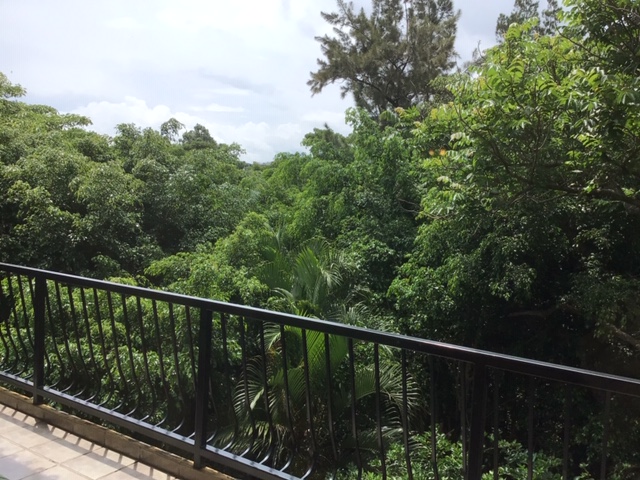 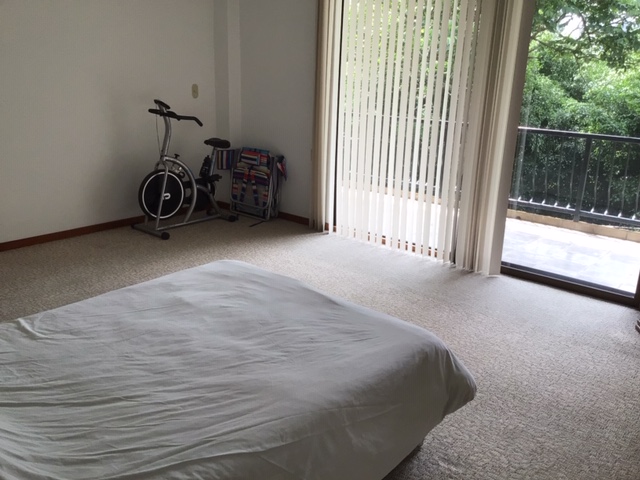 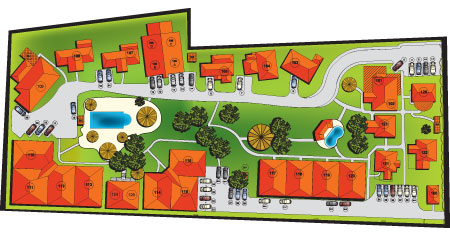 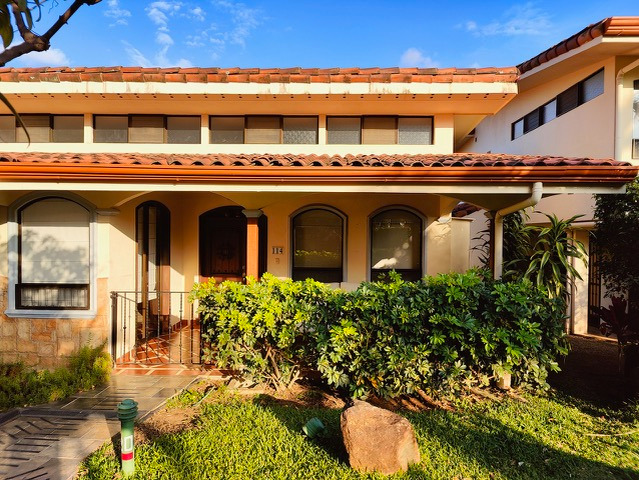 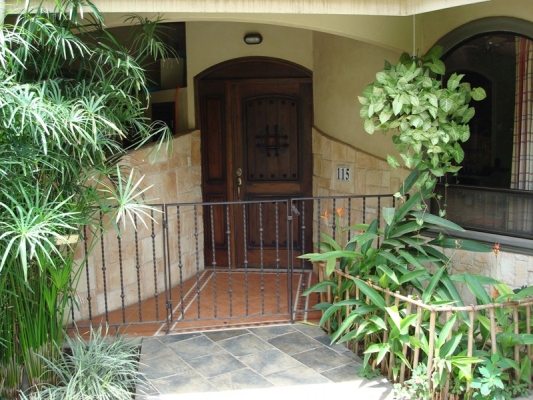 Two bedroom / two bathroom, lots of built-ins, appliances and furniture included. 125m2 / 1,345sf. Pictures to follow. One covered parking space and bodega included. Monthly HOA fees $268, taxes and water included. The long time owner passed away / the unit has been transferred to his sister / she wants to sell and has set up POAs to facilitate this. This can be a good deal for some buyer. All offers will be presented. 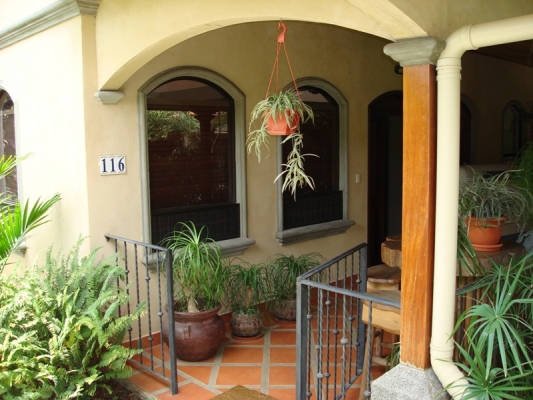 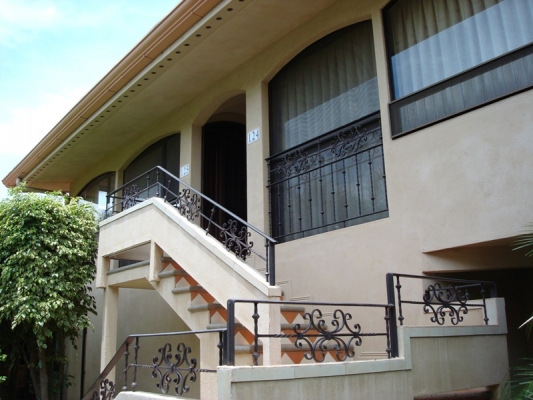 Weather: Our normal rains for this time of year are back... the garden is happy, happy, happy...

1. One of those Weeks: After a long stretch of no problems, the luck broke... before coffee (a bad time) I was told a 1 1/2" pipe used to distribute water to all units, had failed and I needed to get some parts... After returning, I was told that one of the houses had flooded. Lita mentioned to me that the toilet flush sounded different. It was not until I took a shower that I knew what was happening... we have a pressure system controlled by a switch. Upper and lower limits are set at 40-60 PSI. I was sure the upper limit had failed and the water pressure all around was greater. The result was blown connections and pipes... I confirmed this was looking at the pressure guage. The workers were seeing the symptoms but I had more information... we shut the pump down, and changed out the pressure control switch...and proceeded to clean up the messes... and a few other issues, a pair of missing shoes left at the large pool, allegations of missing kitchen things in one of the vacant units, multiple missed appointments by a prospective tenant, and lastly (the day is not yet over) a gas demand water heater that misfires and creates a dangerous situation... re. the latter, I have reserves so changed out the faulty one and will have it repaired... all I want is the hammock and for the stock market to go in the right direction...

2. COVID: Yes, still around, several additional people I know / know of have contracted it... driving restrictions are still in place... this is being enforced... fortunately, I have use of a second car so I have both odd / even plates... I am not too inconvenienced just confused as to which are to use and to ensure I have all the things I need, mask, keys, toll gate transponder, access cards, phone, whatever additional piece of paper / identification / needed, etc, etc... invariably I have forgotten one or more...

3. #115 Listed for Sale at Los Jardines: This unit is offered for sale after the owner died. Title is now held by his sister. It is not part of her future... she is in California. She wants to sell it and be rid of it.

4. Building Re-hab: One wall has continuously been marked by black streaks where the rain travels down from the tile grout capping the knee wall. Since we are re-habing the buildings, I am trying to solve this by installing a drip edge. It is a bit labor intensive but materials wise, not expensive. We'll see if it works...

5. Travel and Rains: A friend building a hotel in Puerto Viejo (Carib) wants to return but a key bridge got washed out so he is stuck here... this is one of the constant issues with either Pacific or Carib locations... bridges, landslides, protests, accidents, or constructions... at any given time, you have a high probability of encountering at least one of these which will either prevent or substantially delay the trip.

6. Debit Card: After 8 mo we finally got one for the condo--now I do not have to use my own money and claim it back and the account sees the transactions vs. the invoice... I have yet to confirm it works. However, we were again told we cannot have more accounts linked to the same password and bank FOB... I do not understand why because both Vito and I do gave that and we have been told yes it is possible and no it is not possible... this is getting tiring... especially since it makes no sense... we want to be able to transfer funds from the general account to designated reserve accounts for future use... this should be a no brainer but the bank seems to have no brains...

1. Bridge Wash out prevents travel to Puerto Viejo and elsewhere....

“The modular bridge over La Estrella River, which opens the route between the South Caribbean and Limón, has already been enabled,” President Carlos Alvarado said. “A great inter-institutional work allowed to open this important step for tourism and for the transit of goods with Panama, which had been affected by the rains.”

The one-lane bridge spans a section of road that collapsed last weekend due to flooding.

Route 36 is the primary route connecting the south Caribbean with the rest of Costa Rica. The towns of Cahuita, Puerto Viejo, Bribri and Sixaola all rely on the road.

While some vehicles with four-wheel drive could reach the south Caribbean via an alternate route, that option wasn’t feasible for most vehicles, including buses.

The new structure supports trucks and other large vehicles. It’s expected to handle about 4,500 vehicles each day.

Other damage in the Talamanca area includes a destroyed school building and railroad bridge. (Both are pictured below)

“We sympathize with the Limonense population, everything that has happened is very painful,” President Alvarado said.

The Costa Rican government on Wednesday began a comprehensive evaluation of damage caused by the flooding that occurred last weekend.

Authorities are assessing impacts to agriculture, education, health, road infrastructure and housing, among others, in the 14 cantons named in the State of National Emergency declared by President Carlos Alvarado earlier this week.

The preliminary reports are as follows, per the Presidency:

3. ‘The pandemic is not over’ as Costa Rica passes new death milestone

Costa Rica has surpassed 5,000 total deaths related to Covid-19 since the beginning of the pandemic, according to official sources.

“Costa Rica reaches 5,000 deaths from Covid-19. Very sad and painful news,” President Carlos Alvarado wrote on social media. “In their memory and in solidarity with all the people who have lost a loved one to this pandemic, we must continue to take care of ourselves.

“While we are moving toward herd immunity, it is not yet time to let our guard down. We continue to report more than 1,000 cases a day and totaling more than 400,000 cases reminds us of this.

“Let’s keep protecting ourselves: the pandemic is NOT over.”

The average number of daily deaths related to Covid-19 has dropped significantly in July (12) compared to the peak in May and June (23.5).

These deaths are considered “related to” Covid-19 until further analysis confirms the cause of death; historically, 90% of deaths “related to” the disease are ultimately attributed to the virus.

About 16% of Costa Rica’s population has been fully vaccinated, while 46% have received at least one dose of the AstraZeneca or Pfizer formulas. Serious vaccine side effects are exceedingly rare, the Health Ministry says.

The average age of ICU patients with Covid-19 has dropped to 49 years old, down from 60 years old in January.